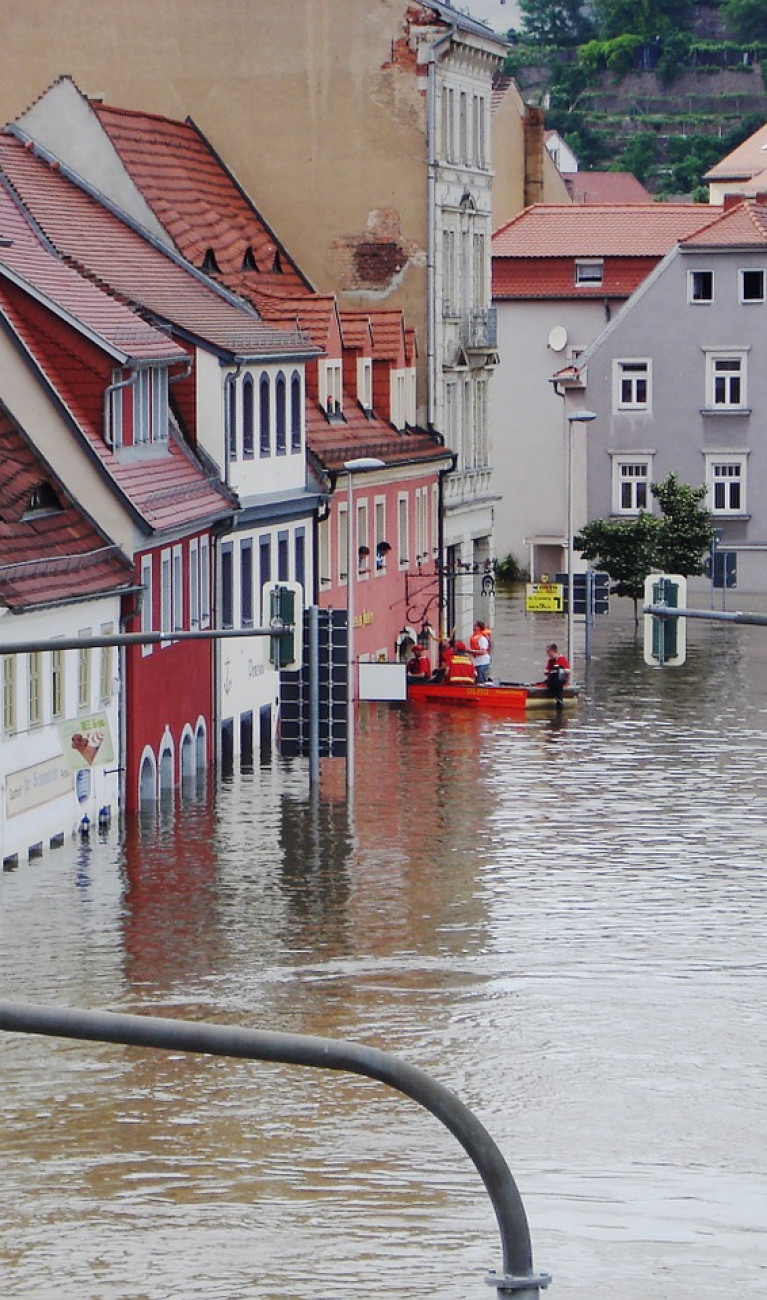 In recent years, the frequency and intensity of heat waves, combined with dry spells and heavy rainfall, have increased considerably in most parts of Germany and Europe. Against this backdrop, we have observed blocking weather patterns, in which weather systems become stationary over a fixed location for several days or even weeks, causing either persistent drought or extreme precipitation. Dry weather leads to periods of low levels of water runoff into rivers, altering the channel flow, transport capacities, and water quality across whole river basins. As a result of heavy rainfall, urban flash floods are increasingly resulting in damage to buildings and other infrastructures, as well as in water pollution from untreated discharges from sewer systems.

The “Urban flash floods and sewerage” project wants to find ways of adapting. It aims to simulate entire impact chains, from extreme rainfall and discharge scenarios, including expected changes and temporal clustering, to deluges and flooding up to the ensuing damages and the effects of stormwater runoff on water quality and the ecology. The project features several new and unique aspects, such as replicating entire impact chains, investigating the control of local precipitation extremes through large-scale flow patterns, and developing a catalog of adaptation strategies, including structural measures (e.g. designing sewage and wastewater treatment plants) and nonstructural measures (e.g. communication, risk transfer, private precautionary action). The concept will be tested on the city of Dresden and the Elbe river basin as a case study.